I am so happy to have partnered up with CUTE to create this blog post for you. CUTE is a program that stands for Cultivating the Taste of Europe. In this program FruitVegetablesEUROPE (EUCOFEL) and the European Union have joined forces to spread knowledge about European fruit and vegetables and their respective production methods, based on the strictest quality controls and standards: Greenhouse production. More and more people choose to follow a healthier lifestyle which also means that fruit and vegetables from Europe have become more important. However, general misinformation exists about this method (Greenhouse), and in some cases they get criticism. Such as the greenhouse method is generally classified as not efficient, artificial and water wasting.

Through this campaign, CUTE’s aim is to communicate the real perspective of Europe’s fruit and vegetables. With a special focus on greenhouse production, to outline how mostly thanks to this method, European fruit and vegetables are so enjoyable. How does CUTE communicate its message? The Eurotour, a mobile greenhouse has travelled all through Germany, France, and Spain to workshops and press trips. CUTE is also present on social media. You can read more about the campaign HERE!

The taste of fruits and vegetables grown in the greenhouse?

Some of the tastiest fruit and vegetables on the market are produced in greenhouses, such as sweet Palermo pepper, fashion watermelon, or Raf tomatoes. On the other hand, the supply chain controls each of its stages so that quality losses are kept to a minimum, whether during packaging, transport, and storage. However, in most households, there is a lack of knowledge about good conservation practices and the purchase usually ends up in the fridge, which is fatal for some products, for example for tomatoes. 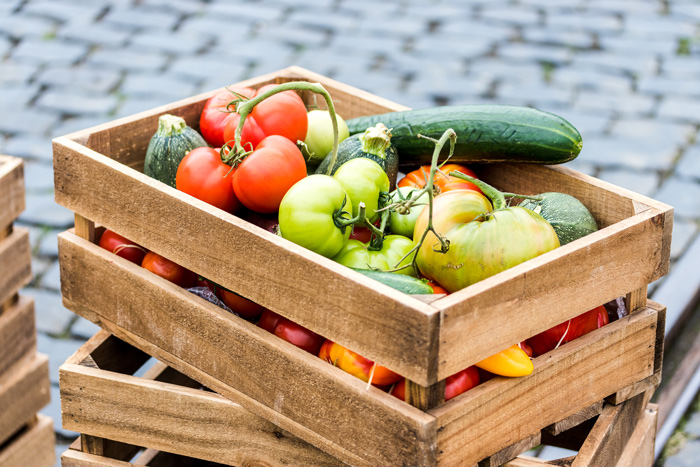 Use of water resources

The greenhouses have guaranteed the most efficient production system available. The capture of aquifers, desalination plants, the sandblasting system and drip irrigation with sensors that measure the need for plants have allowed the water footprint in these areas to be 20 times lower than in the rest of Spain. There is no other place in the world where agriculture is developed with so few water resources.

Recycling and the plastic issue

Currently, 70-80% of all plastic in the production is already recycled well – the aim is getting to 100%. The organisation is aware of the plastic problem.

Greenhouse roofs have a longer half-life than other plastics due to their reuse of two to four campaigns. When they can no longer be reused, they become waste and must be recycled or revalued. Recycled greenhouse covers, for example, can be reused in the form of agglomerated or chippings. 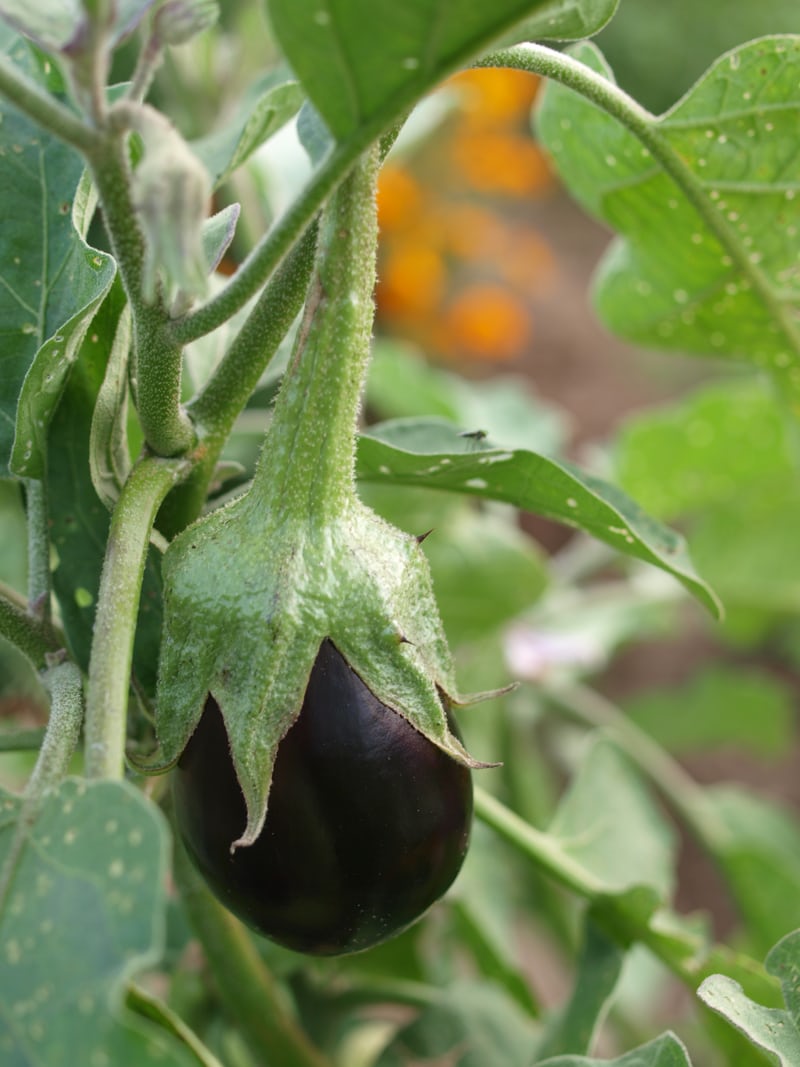 Greenhouses areas are a world reference in biological pest control. Ten years ago, this practice was adopted by 80% of the surface. Today, more than 25,000 hectares in the province of Almeria alone use it and in crops such as pepper already reaches 99%. In this way, thanks to the use of natural predators, the use of phytosanitary products can be avoided or reduced to prevent waste. In greenhouses, bumblebees are used to help the natural pollination.

A report published by the European Food Safety Agency in 2017 analysed 84,000 food samples and showed that 97,2 % did not contain quantifiable waste or were below legal limits. The samples that exceeded the limits were mostly from third countries. Consumers should not worry about the European fruit and vegetables they eat. The production is 100 % traceable. Each shipment is tracked from origin to destination, from field to table. 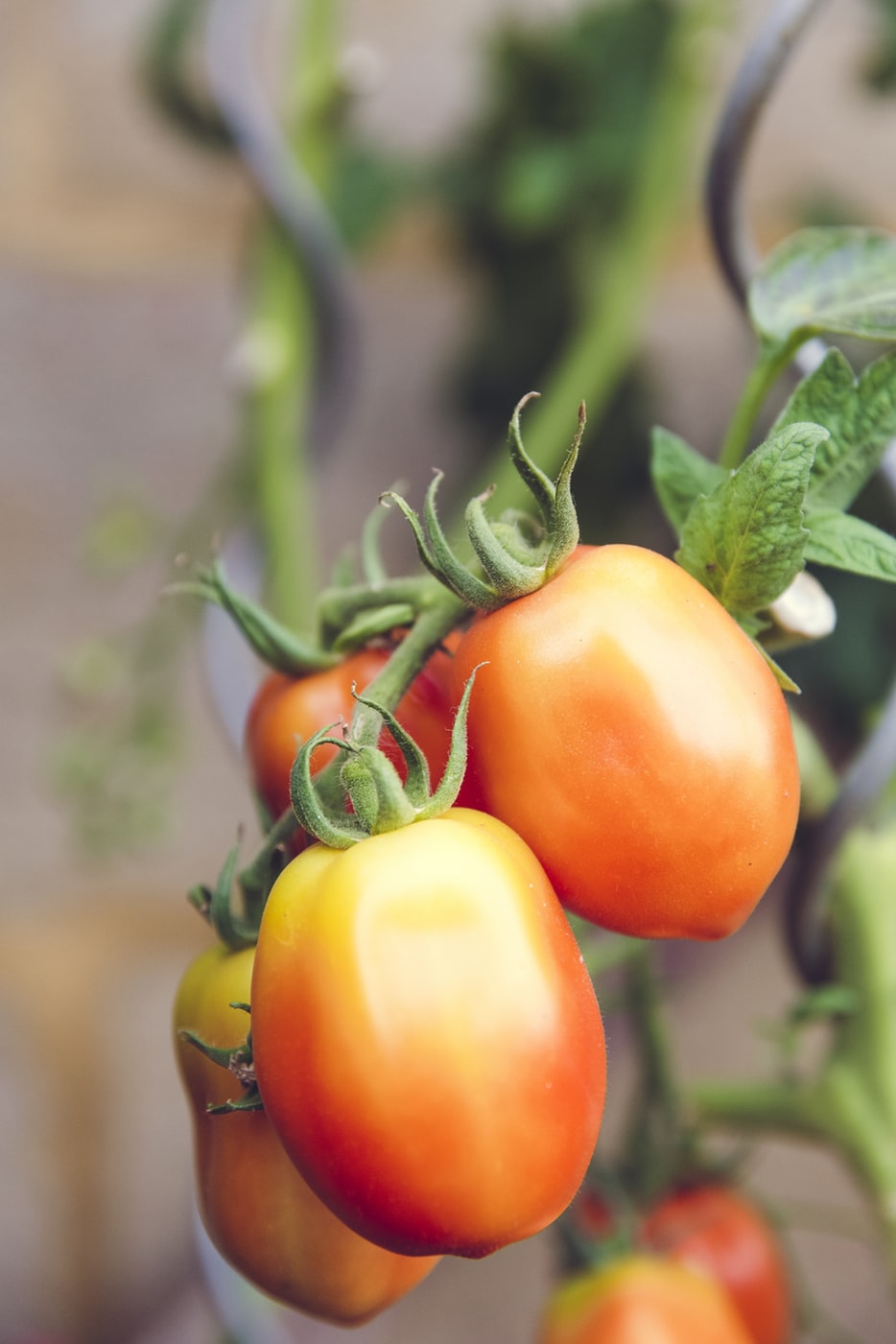 Climate change and the fight against it

The fight against climate change is very important for the EU, which is working on achieving carbon neutrality by 2050.

It has been scientifically shown that the greenhouse has had a beneficial effect on the environment with the reduction of the average annual temperature of -0,25 °C in some producing areas of Spain, increasing the Albedo effect. Additionally, the increase of CO2 has been reduced thanks to the accumulation of carbon by the plants, so each hectare of a greenhouse is capable of setting between 8 and 10 tons of CO2 per year.

I find this topic very important and interesting, and I am glad that I have more knowledge about it now. If you have any comments or questions, feel free to leave a comment and if you are interested in this topic, please do your own research and visit fruitvegetableseurope.eu for more information. 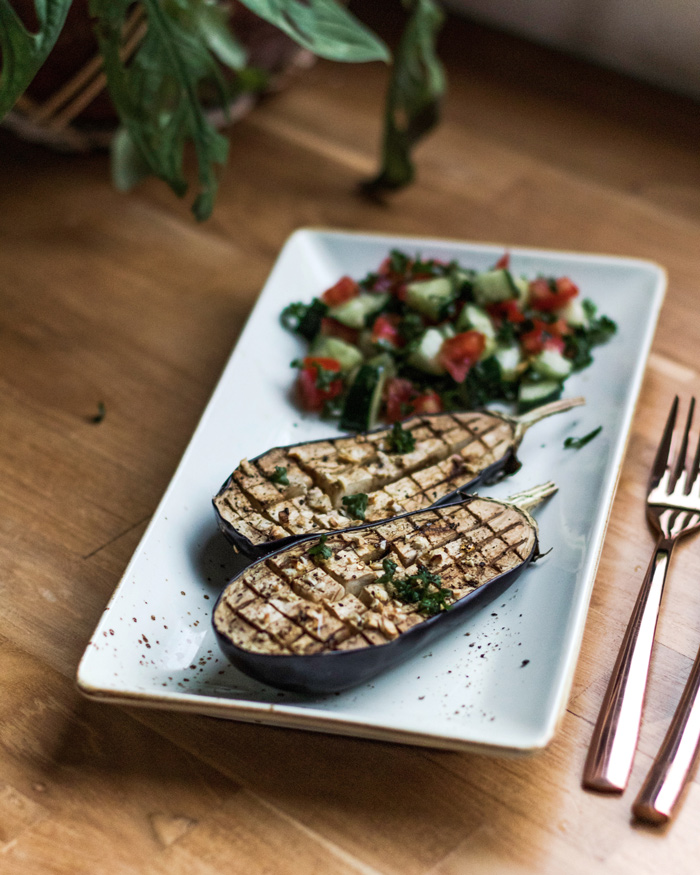 Preheat your oven to 180 °C. Cut your aubergine in half lengthwise and rub the insides with crushed garlic, spices and a bit of oil if using. With a knife make diagonal cuts crosswise, being careful not to cut through the skin.

Bake your aubergine until tender, about 20-25 minutes, depending on your oven.

In the meantime, chop your remaining veggies and mix the cucumber and tomato slices with some fresh lemon juice, fresh parsley and spices if needed. Serve your warm aubergine with this fresh salad. So simple and easy to make.